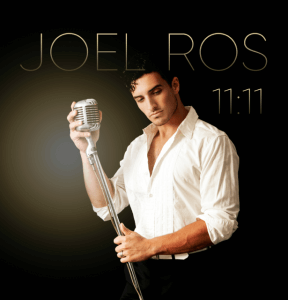 With one of the most beautiful voices in today’s classical crossover and adult contemporary genres, Pittsburgh singer-songwriter, Joel Ros captures the hearts of audiences with his unique style of pop infused with a classical flare. Through his songwriting, he explores the tenants of love, strength, and the courage required to stay true to one’s self. This powerful message is portrayed in his debut original solo album 11:11. Throughout his career, Joel has toured with the classical crossover quartet, Vivace, collaborated with award winning Canadian pop star, Tiffany Desrosiers, and he has shared the stage with internationally renown pop tenor, Mark Masri. When the venues are quiet and the stage lights are off, Joel can be found at the piano for hours on end, crafting, composing, and producing new, original music. Introduced to songwriting before he was a teenager, Joel has since composed over 100 songs. The drive to create emotionally moving music fuels his passion for songwriting and for singing epic vocal scores. Away from music, Joel spends much of his time with his horses, is an accomplished and internationally-known breeder of American Shetland Ponies, and is dual-certified in Natural Hoofcare. He also has dedicated an extensive amount of time to studying creative and fictional writing in addition to various forms of ballroom dancing, including Waltz, Cha-cha, and Swing

Find Me On iTunes