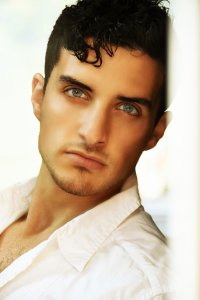 Combining one of the most beautiful voices in today’s music industry with the sex appeal of a man gracing the cover of a romance novel, Pittsburgh singer-songwriter Joel Ros is capturing the hearts of fans with his unique style of pop infused with classical flare. His songs, exploring tenants of love, strength, and the courage required to stay true to one’s self, resonate with fans of all walks of life.

When the venues are quiet and the stage lights are off, Joel can be found hunched over his piano crafting new original music. Introduced to songwriting before he was a teenager, Joel has since composed nearly 100 songs. He also wrote and recorded a holiday album, entitled I Will Share My Christmas With You, which was released to the public in 2012.

Away from music, Joel spends much of his time with his horses, is an accomplished and internationally-known breeder of American Shetland Ponies, and is dual-certified in Natural Hoofcare. He also has dedicated an extensive amount of time to studying creative and fictional writing in addition to various forms of ballroom dancing, including Waltz, Cha-cha, and Swing.”

Find Me On iTunes